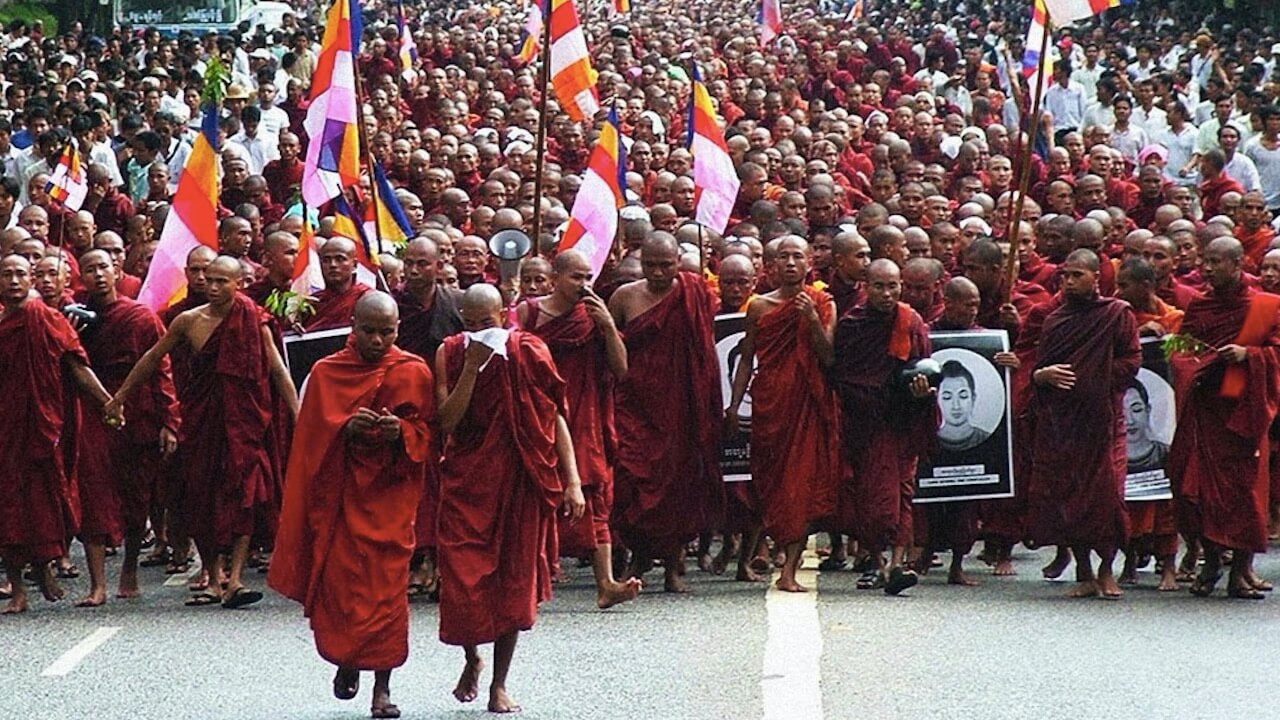 In 2007, the so called Safran-Revolution took place in Myanmar. Starting off as a completely friendly demonstration of Buddhist Monchs – encouraging Myanmar citiziens to stand up for their rights and against their countries military dictatorship – the revolution took it’s turn when the Junta’s brutality hit hard with it’s violence.

But how did the rest of the world actually get hold of the information and pictures from a country, entirely excluded from international media and broadcasting?

It’s a story of which the Oscar nominated documentation “Burma VJ – Reporting From A Closed Country” tells us about, when a group of brave video journalists delivered the world an honest and profound insight view, on what was really happening in the streets of Myanmar. From risking their lives with smuggling undercover reports out of the country, to providing these to the international media, it’s not only the documentary itself, but most and foreall its cause, and all of its participants which appear as truly award winning.